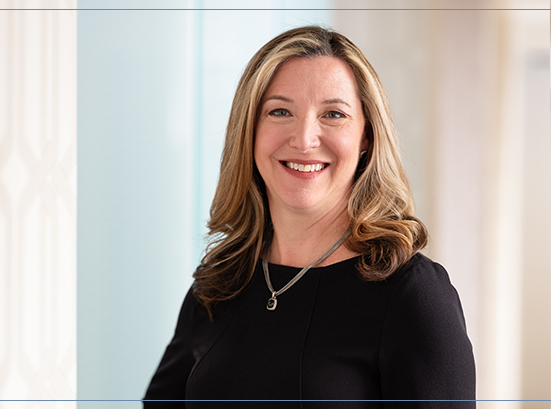 Andrea became the firm’s Chief Operating Officer in January 2018. In this role, she oversees the daily operations of Mutual Fund and Advisory Operations, Human Resources, Office Administration, Information Technology and Investment Management Support and assists the Management Team with the operations of those departments. In addition, Andrea designs and implements business plans, policies and procedures according to the firm's strategic plan and annual strategic priorities.

Andrea joined the firm in 2004 as an Accounting Manager and was appointed Director of Operations and Treasurer in 2008. She served as the Chief Compliance Officer from 2012-2016.

Beginning her career as an auditor with Ernst & Young, LLP in Minneapolis, she went on to serve as Audit Manager in the financial services area. Later, she joined Target Corporation, also in Minneapolis, as an internal audit manager.

Andrea is active in the Twin Cities community, volunteering her time and talents since 2010 with Public Art Saint Paul (PASP), a private, non-profit organization working in partnership with the City of Saint Paul to imagine and create a more just, sustainable, and beautiful city.  She has also been involved with the Hazelden Betty Ford Foundation since 2017, and the Augsburg University StepUp Program since 2019.

She enjoys spending time with friends and family and taking advantage of outdoor activities.

Andrea earned a BA in International Affairs from Lafayette College in Easton, Pennsylvania and a BS in Accounting from the University of Wisconsin, Eau Claire. She became a Certified Public Accountant in 1998.